Books in the Belfry

On this page you can read short biographies of our author, Richard Coles and the session host, Ian Ridley.

Richard Coles is the presenter of Saturday Live on BBC Radio 4. He is also the only vicar in Britain to have had a number-one hit single (The Communards’ ‘Don’t Leave Me This Way’) and appeared on Strictly Come Dancing. He read Theology at King’s College London and after ordination worked as a curate in Lincolnshire and subsequently at St Paul’s Church in Knightsbridge, London, and in the parish of Finedon, Northamptonshire.

He is the author of Lives of the Improbable Saints, two memoirs, Fathomless Riches and Bringing in the Sheaves, the Sunday Times bestseller The Madness of Grief and Murder Before Evensong, the first novel in the Canon Clement mystery series. 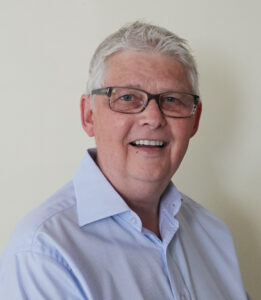 Ian Ridley is the author of 12 sports books, including the Sunday Times No.1 bestseller Addicted, with the former Arsenal and England captain Tony Adams, which was shortlisted for the William Hill Sports Book of the Year award. His most recent, published in 2020, is The Breath of Sadness: On love, grief and cricket, which is a poignant account of coping with the death of his wife Vikki Orvice, a trailblazing sports journalist.

He was named Sports Journalist of the Year in the 2007 British Press Awards and shortlisted on two other occasions. In recent years, Ian has moved into writing fiction and his first novel, The Outer Circle, was published in 2018. The follow-up, Don’t Talk, will be published this year.