Amanda is a former model who was forced to self-publish Toxic No More after first receiving a six-figure advance from a major publishing house only to then find herself locked in a lengthy court battle when they then changed their mind. Finally published in 2013 it documents her personal struggle with depression and alcohol and is described by Paul Abbott, the creator of Shameless, State of Play and Clocking Off as “Classy, clever and unmatchable”. 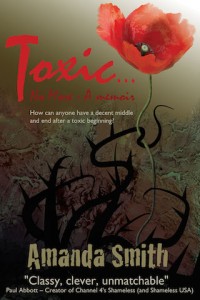 Amanda is now working on her second book, a crime thriller, and a script for a TV series based on Toxic No More.