Jonathan is the author of the best-selling Bartimaeus Trilogy and his new series Lockwood and Co. Born in Bedford he grew up in St Albans but, between the ages of seven and nine, was often ill and spent most of his days in the hospital or in his bed at home. 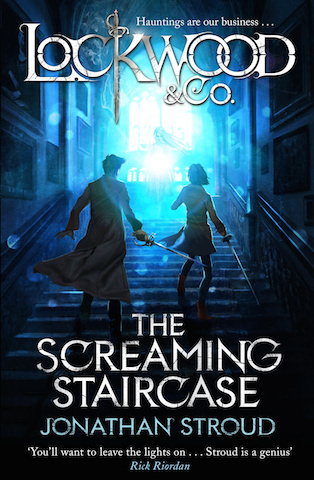 To escape boredom, he read avidly, and wrote his first book – self-published. Or as he puts it “stuck together by my dad”.

After a spell working as an editor for a publishing firm he became a full-time writer in 2001. His fantasy books for children and young adults have gone on to sell more than six million copies in 36 languages worldwide.

Jonathan still lives in St Albans with his two children, Isabelle and Arthur, and wife Gina, an illustrator of children’s books.