Michael Calvin is an award winning journalist and writer.

He was Chief Sportswriter for 12 years on the Daily Telegraph, held similar positions at The Times and Mail on Sunday and is currently a columnist for The Independent.

He is the author of five books covering cricket, football, rugby and his involvement in a round the world yacht race. 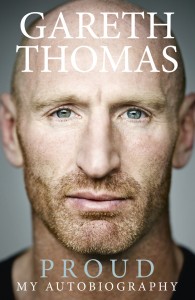 He was given unprecedented access to Millwall FC throughout their 2009-10 play-off winning season for his book Family: Life Death and Football and last year his profile of the game’s hidden world of scouting, The Nowhere Men won Football Book of the Year.

His searingly honest biography of former Welsh and British Lions rugby captain Gareth Thomas Proud was shortlisted for the 2014 William Hill Sports Book of the Year and is out in paperback later this year.

Originally from the Watford area, Michael has lived in Bedfordshire for over 20 years with his wife and four children.