View or download the print programme as a pdf from here – or read on. On this page you can click on the author’s name (in the text) for a short biography.

At each session, typically you can listen to the author, have a chance to ask questions, and, if you would like a copy of the featured book, buy it from Waterstones and have it signed by the author. 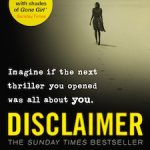 RENEE KNIGHT will be in conversation about her debut novel “Disclaimer”. Likened to psychological thrillers “Gone Girl” and “Girl on a Train” it has been in the best-selling fiction lists all year with the film rights snapped up.

Gripping and full of intrigue it is a masterclass in thriller writing with top crime-writers Lee Child and Val McDermid already fans of her work. Any resemblance to actual persons, living or dead, is of course purely co-incidental.

Asking the questions – and trying not to reveal the twist in the tale – will be journalist Vikki Orvice.

Clive Hayward
Start the Day with a Story

Back by popular demand, Flamstead’s very own actor-in-residence CLIVE HAYWARD will read from some of our best-loved children’s books. Some are classics, others are more recent. But we can’t think of a better way to start Saturday’s Books in the Belfry.

Aimed at the age 8s and under but all welcome including parents and carers.
There will also be a special guest appearance from 8-year-old Flamstead author Finley Froome, who is donating all the proceeds from his book for the church repair fund.

This session is free, with a minimum suggested donation of £2 per child.

Pens at the ready. Just bring along your imagination for an interactive and engaging session. You never know. You could go on to write the next best-seller.

Alan Fraser
The Hitler Trophy – Golf and the Olympic Games 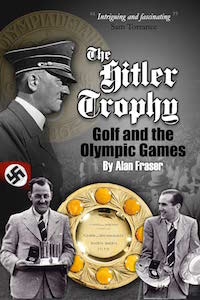 ALAN FRASER’s extraordinary story tells how British duo Tommy Thirsk and Arnold Bentley clinched Olympic golf victory against the odds to incur the wrath of Adolf Hitler at the 1936 Games and how the silver salver they won lay hidden for decades.

Out just in time for Books In The Belfry, golf legend Sam Torrance describes it as “intriguing and fascinating”. There will also be the chance to ask sports writer Fraser – who has covered all four Majors during his career – about the controversial return of golf to the Olympic programme in Rio this summer for the first time since Berlin 60 years ago.

Fraser will be in conversation with award-winning journalist IAN RIDLEY.

Edd Kimber
The Boy who Bakes 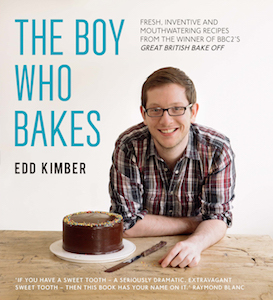 EDD KIMBER won the first series of the hit BBC show The Great British Bake-off back in 2010. Dubbed “The Boy Who Bakes” he has since written three books, the latest being “Patisserie Made Simple”.

Boys, girls, men and women are all welcome and we’re sure Edd can be persuaded to spill the beans on Mary Berry, Paul Hollywood and life in the bake-off tent as well as giving tips on how to avoid that all important soggy bottom.

Talking to him over the tea and scones will be BBC Radio Four broadcaster SYBIL RUSCOE. 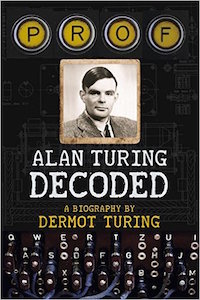 DERMOT TURING is the nephew of legendary mathematician and code-breaker Alan Turing. As a family member and also a trustee of Bletchley Park, Dermot had access to many previously unpublished papers and photographs for his recent biography “Prof: Alan Turing Decoded” including Alan’s own notebook and diaries.

Dermot will discuss the impact of his uncle’s work from a personal perspective as well as exploring the tragedy of his early death to help shed light on the enigma that was Alan Turing.

WEST END actor, writer and director CLIVE HAYWARD performs some of his favourite poetry, prose and songs from a professional career spent treading the boards for almost 30 years.

Accompanying Clive on the piano will be CLAIRE HAYWARD.

Tickets are on sale now. View the Tickets page for information about how to buy them in advance.

programme believed correct at time of publication, but check website for any further information.

In association with the Book Festival

On Sunday May 22nd at 6.30pm in St Leonard’s, Flamstead, there will be a choral evensong to celebrate the Book Festival.